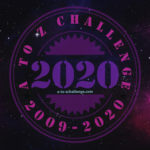 It's April so it's time for our members to help us blog through the 2020 A-Z Blogging Challenge. Our chosen theme this year is Employment, also the topic of our Shared Endeavour where our members are encouraged to research employment within their one-place study. Today's entry is from Steve Pickthall.

What is a yeoman? Before I became interested in family and local history (and embarrassing to admit also for a long time after) I thought that a yeoman was something to do with the military - probably a mixture of being influenced by a combination of the Gilbert and Sulivan operetta; the yeoman of the Guard at the Tower of London (The Queen's Body Guard of the Yeomen of the Guard are a bodyguard of the British Monarch.); references in literary works for example from William Shakespeare - "Fight, gentlemen of England! fight, bold yeomen! Draw, archers, draw your arrows to the head! Spur your proud horses hard, and ride in blood; Amaze the welkin with your broken staves!"; and some half-remembered image similar to that below.

Eventually the light dawned (it doesn't happen often - I should really make a note in my diary when these rare events happen...). The word is used in two different ways - the one is used in the context of a fighting man (and often one who would be part of a landowner's private army in earlier times); the other to distinguish someone cultivating their own estate, effectively a freeholder.

According to Old Occupation Names on the Hall Genealogy Website the word originally (in the 16th and 17th century) had a more particular meaning in that it meant someone that held (and inherited) his land by "custom rather than will" so that the land passed automatically from father to son and the lord could not prevent it. The lord did retain rights over things such as cutting wood, hunting and mineral rights, but being a yeoman had other benefits - being able to graze your animals on common land and gaining some protection from the lord's control by local bylaws. It was therefore desirable to retain a small piece of your "own" land - however small.

By the 19th century after the progressive change in the way the country and in particular the countryside was governed, the term came to just be accepted as someone who farmed their own land - a useful distinction from the pervasive "ag. lab" that we find so many of.

In my own place of New Fishbourne, Sussex, I have not come across many mentions of  a "yeoman" - this may be because so far I have concentrated on 19th century research or a reflection of the pattern of land ownership (a question to be added to the ever-growing todo list of things to research). I have however come across one entry in the Births, Marriages and Deaths column for the Sussex Advertiser for the 24th May 1841 - "Died - On Wednesday, 19th inst. the wife of Mr. Willis Hardham, yeoman, Fishbourne, near Chichester." - not just a yeoman, but the wife of one.

When I next have the satisfaction of planting my potatoes on my own (very) small patch of land, I will remember that this is what being a yeoman is all about....